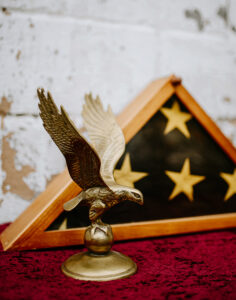 World War 11 began September 1, 1939.  Many reasons contributed to start the war due to unresolved issue lingering from WW1.

One issue of importance was Adolf Hitler’s rise of militarism. In his tyranny, driven by racism and hate, he considered Slavs, Poles and Russians to be less than human.  Nazi racism resulted in the annihilation of 3 million Poles and 3 million Polish Jews. Hitler trained his soldiers to aid him in gaining power and control.

The German soldiers’ discipline, training, and determination caused them to press hard against their opponents. They were known for breaking enemy lines and isolating other soldiers making them weak. Their schemes to disrupt their enemy’s supplies and lines spread panic and confusion to further paralyze their capabilities.

Further U.S. involvement came when Cordell Hull, U.S. Secretary of State, imposed embargo on supplies of oil to the Japanese that same year. He sent an abrupt note to them requesting they evacuate China and Indochina. Japan retaliated by bombing Pearl Harbor, destroying and damaging many U.S. ships and planes, thus we became more involved. Our troops left home to fight on foreign soil for the next four years.

WW11 ended September 2, 1945. This was the bloodiest conflict and the largest war in history. 35 to 60 million people died with countless others left wounded and permanently disabled. Many were left homeless, wandering refugees and displaced. Furthermore, 1 trillion in estimated damage occurred world-wide.

We have an enemy seeking to cause damage, Satan, who operates much like Hitler. He is a tyrant with demons who obey his commands much like the German army. They press hard to bring down our lines of unity by divisions, they isolate believers by disrupting fellowship making us weak, they disrupt our supplies of praise, prayer and bible reading, and they fill our minds with lies spreading panic and confusion to stop our Christian service.

Freedom to worship and freedom to spread the gospel is under attack in America but born again believers, let’s stand together and beware of Satan schemes. Remember, many men and women have shed their blood so that we might worship and serve freely in America.

More than 4 hundred thousand good American soldiers lost their lives in WW11 to insure our freedom. But most importantly one life was given insuring our spiritual freedom. Jesus shed His blood to buy us back from the hand of our enemy. Once we trust him as our Lord and Savior we are equipped with the Holy Spirit to fight Satan and his forces. Let’s not allow Satan to weaken our minds, hinder our supply source, or cause confusion.  Endure tough times, be a good soldiers and live in spiritual freedom!

Thou therefore endure hardness, as a good soldier of Jesus Christ.

Veterans thank you for your service.